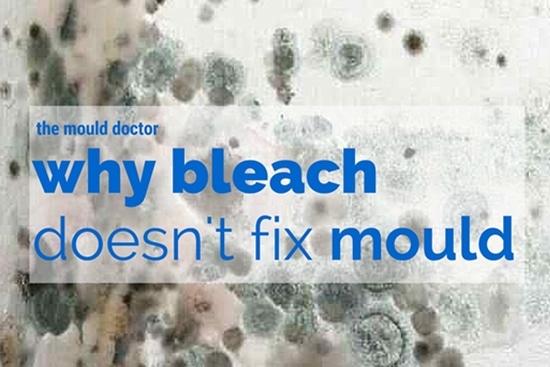 It’s a phone call you’ve been dreading: you’ve conducted a routine inspection in a client’s investment property which has revealed a substantial mould problem. In all other regards, the property is in great repair – but there’s mould present. It’s not the tenant’s negligence that has resulted in this mould infestation – it’s generally an issue to do with the property’s construction or a building defect.

Your task now is to inform your landlord of this mould problem, and help educate them towards a mould removal solution that involves professional remediation.

Being a property manager who’s ‘been there, done that’, you know that mould infestation is a problem that must be taken seriously: living in a mouldy environment can cause health complaints that endanger both a tenant and a landlord.

“I’ve got a quick fix for mould, “says your normally-amenable landlord. “Just get the tenants to wash the mould away with a bleach solution. She’ll be right as rain.” Wrong.

Many landlords may initially use ‘Doctor Google’ rather than The Mould Doctor. Google may tell you that bleach is the miracle mould cure-all when in fact, bleach makes a landlord’s mould problem worse.

Chemicals like bleach are a smorgasbord for some fungi: whilst initially you may think bleach solves your mould problem, it feeds it. Bleach is effective in sanitising surfaces, and when used on mould it can indeed remove the discoloration associated with an infestation.

It will not, however, remove the microflora which will allow mould to return in the same spot. Any mould that is killed by bleach then leaves behind hazardous mycotoxins – dead mould spores that still present a health hazard.

Ask The Mould Doctor for help

The Herald Sun has reported on the relationship between the use of bleach and health problems – linking the use of bleach in domestic environments to higher rates of flu, tonsillitis, bronchitis and pneumonia in children.

Research speculates that airborne irritants released whilst cleaning with mould may damage the lining of lung cells, sparking inflammation and making it easy for infections to take hold.

Advertising increasingly promotes the use of antimicrobial products including bleach in the home environment – which makes communicating to landlords unaware of bleach’s health risks doubly challenging.

Be a wellness warrior!

The next time your landlord wants to use bleach on mould in their investment properties, take the stance of being a ‘wellness warrior’. Armed with information from The Mould Doctor on the uselessness of bleach in removing mould and the health risks associated with the regular use of it in domestic spaces, you’re well positioned to educate your landlord on the best way to solve their mould problem permanently.

For more information on solving mould conundrums in your property portfolio request a quote or call 1300 944 595.